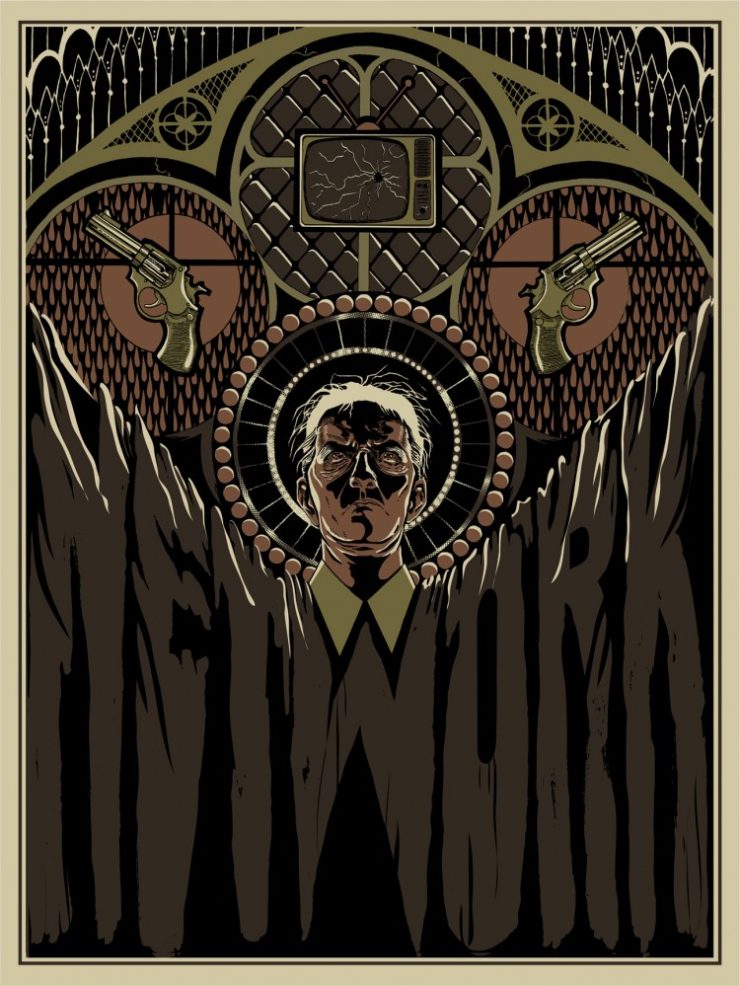 Hello and welcome! To kick things off, officially, I’d like to start by sharing with you some of the process that went into creating the ‘Network’ poster for the Sidney Lumet Tribute Show: The Machines Are Winning. I would like to thank the amazing Jay Shaw (Kingdom of Nonsense) for putting this on.

When he first asked if I wanted to participate in the project, I was really excited and couldn’t wait to get started.

I first started with several thumbnails, most of which look like absolutely nothing, to get the basic shapes and composition figured out before I did any real sketching. Most of the planning out comes in this step so it is very important for me to get as many ideas, symbolism, and themes out on the paper as possible so I know my options and know what I have to play with. When I finally settled on a few ideas that felt right I started to loosely draw. I had two ideas I was excited about but not really sure what layout would work best at the time.

Taking the rough sketches into photoshop to do a quick color study really helped me figure out what route I wanted to take. I originally wanted to use a dark, triadic color scheme for both but when coloring on the computer it’s so easy to play around a little more and veer off. Once roughly colored, I could see what had more potential and would have a more iconic look. 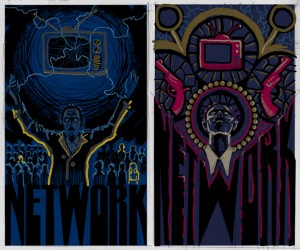 I started my final sketch based on the idea on the right and became a bit overzealous with the glass details. I measured out every little detail and tried to keep it as symmetrical as possible. 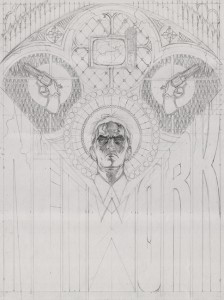 Now that I had my final sketch complete, I could finally begin the transferring process. Since I did not own a light table, and I’m used to transferring anyway because of my acrylic pieces, it was really the only way I could think of to get my sketch onto a new surface. I ended up using a piece of 15″x20″ cold press illustration board and once I finished transferring I started on the inking. Of course, this could have easily been done in illustrator or photoshop, but I really prefer to be able to see my “hand” in the illustration and not have it look too polished. I also felt the same way about the type in this piece. I blocked in the shape of it in my sketch but when inking the piece I took some liberties and really hand painted the lettering with a brush. 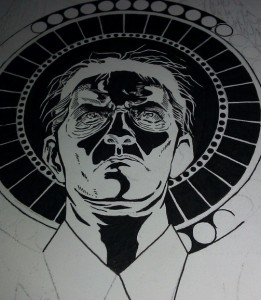 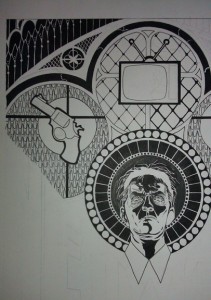 I had a general idea of what I wanted the color scheme for the final to be but things never really come out the way you plan. After going back and forth with several color schemes I narrowed it down to four that I liked. 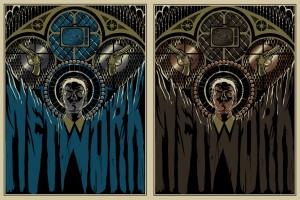 Finally, I decided to go with the antique, golden version and could finally do some nitpicking. I wanted my piece to be dark but to also have a glow. Since I didn’t use colors that are typical in stained glass art I decided on using metallic inks and removed some elements that would probably create too much noise when paired with them.

Hope you enjoyed reading and getting a chance to look at the making of the Network poster! You can purchase the screen printed poster at the Kingdom of Nonsense store HERE! Till the next one! 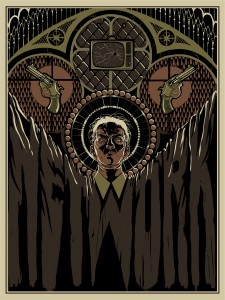