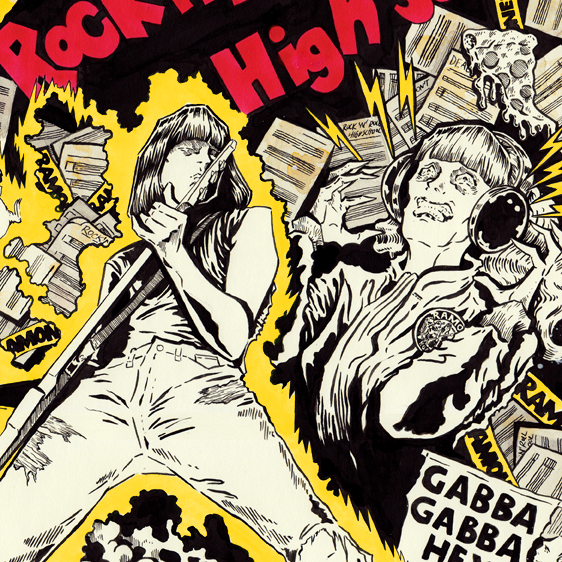 Last Friday & Saturday, Hero Complex Gallery put together 2 amazing events that I could not miss out on. The first night was a screening of “Matinee” and “The Masque of Red Death” at the New Beverly Cinema, with a Q & A with both Joe Dante and Roger Corman. The second night was the “Kings of Cult: An Art Tribute to Roger Corman & Joe Dante” group art show. 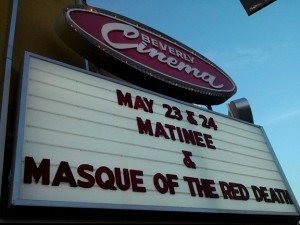 I was really excited for the screening and wasn’t surprised when I arrived that there was a long line already formed. The first movie played was “Matinee” followed by the Q & A. Regretted not getting my popcorn before the first movie. Next was “The Masque of the Red Death” to close off the first night.

The second night was really great. The art gallery was jam packed the entire night. Corman and Dante were both there for the show. I was honored and very thrilled to have shared my piece with Corman and talk with him for a bit while he was around. Being a huge admirer of his work I’m glad I was brave enough to pull him aside for a bit.

I was also honored to have met Joe Dante. He was incredibly sweet. We talked for a bit and he even complimented my Ramones “Road to Ruin” pin (same design Riff wears in “Rock ‘n’ Roll High School”). 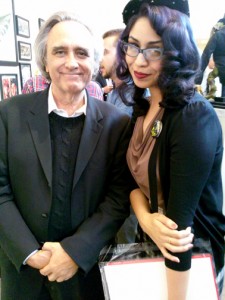 Now to share the pieces I worked on. When I was first invited to participate in this show I had a million ideas. When you have grown up watching the movies of these Greats, it is difficult to decide on what to do, so why not make a few pieces?

My first piece is “Tarot of the Red Death.” Inspired by “The Masque of the Red Death” (probably my favorite Corman film). When I first made this piece I had no idea that HCG would play the movie for the screening, so I was really happy when I found out. This is a 3 color screen print, edition of 40 at size 9″ x 12.” For anyone interested there are still some available here. 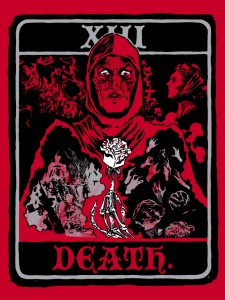 My second piece, “Well THIS is Rock ‘n’ Roll High School!” (inspired by the film “Rock ‘n’ Roll High School”), is an original, mixed media piece on Hot Press board, at size “11x 17.” Being a huge Ramones fan since I was a kid, this piece was especially fun to work on. I thought it would be neat to try and capture the energy of the Ramones’ music. For anyone interested, this piece is still available here. 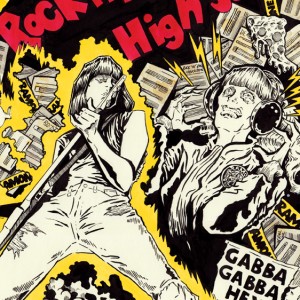 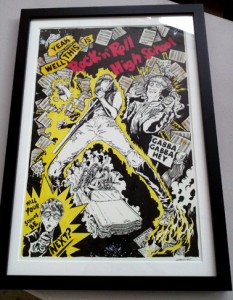