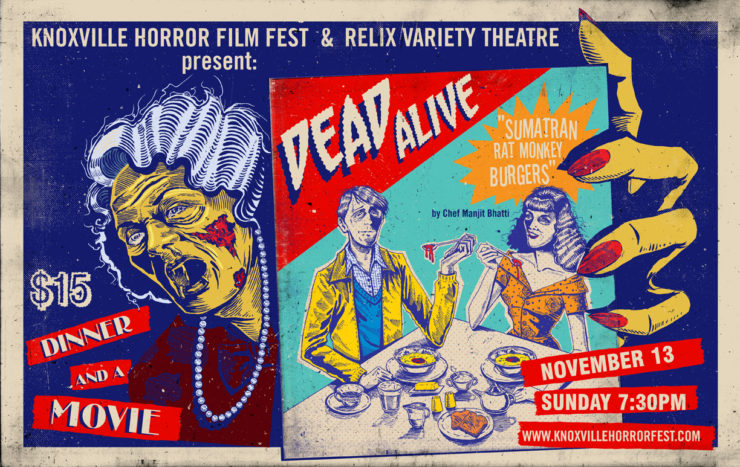 Working with the Knoxville Horror Film Fest has certainly been a blast. I feel very fortunate to be able to work with such a great group of horror enthused individuals. That being said, I am excited to show you all the newest promotional piece I have designed for Knoxville Horror Film Fest’s next screening, Dead Alive. Not only will we be able to watch Dead Alive in a theater setting, but there will also be food served at this event, “Sumatran Rat Monkey Burgers” and Custard, to be exact.

For this piece I wanted to capture some of the essence of the era the movie is set in, and also the humor of the film. Inspired by the famous custard scene, I decided to create a fake box of Mom’s Custard and wanted to play with colors and elements that would feel like they could be pulled out of an advertisement from the 1950’s. 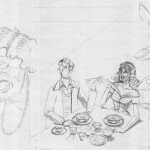 Close up of inking. 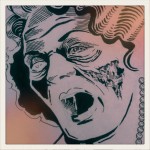 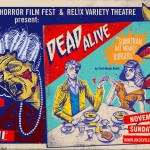