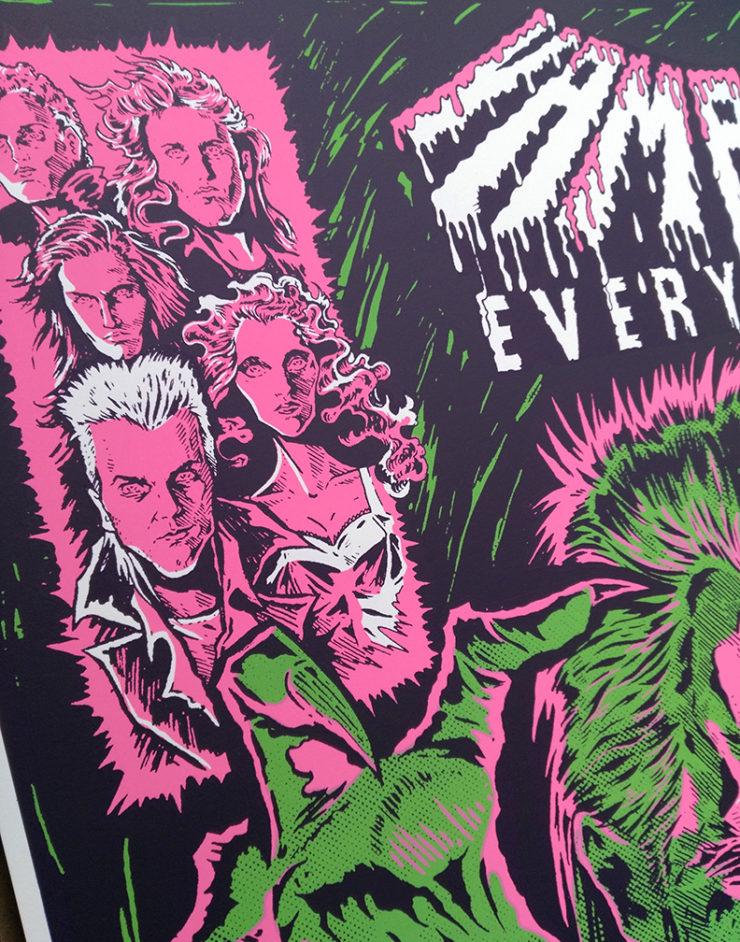 HorrorHound Weekend in Indianapolis is finally right around the corner (September 8-10th) & I’m extremely excited to be a part of the madness again! Not only is it HorrorHounds 10th Anniversary but one thing that is especially noteworthy is they are having a “The Lost Boys” 30th Anniversary Reunion! That’s right! Corey Feldman, Jamison Newlander, Billy Wirth, Chance Michael Corbitt, G Tom Mac & Tim Cappello!

Immediately I knew I had to create something to pay tribute to the event. How could I not? I was inspired by the “Vampire’s Everywhere!” comic the Edgar Frog hands over to Sam so I decided to play on that a bit. Bringing out some of the lighter tones from the film really helped me create something that was different. Being that the reunion is such a special event, I felt compelled to incorporate & design a special area for those that may want to collect signatures at the bottom.

These will be available at HorrorHound this weekend!

I hope you enjoy it as much as I enjoyed creating it!

And so I will leave you with the words of Edgar Frog….

“You’ll like this one, Mr. Phoenix. It could save your life.” 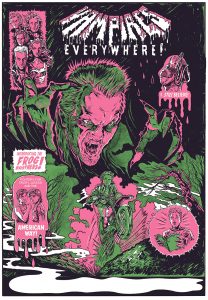 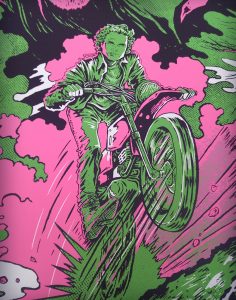 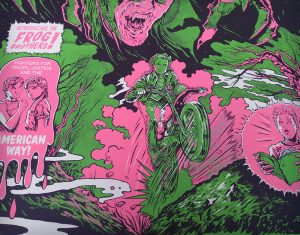 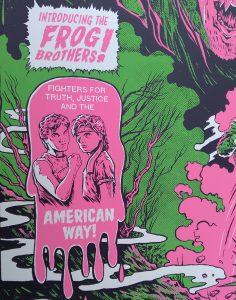 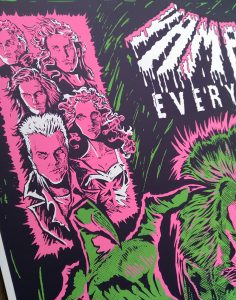 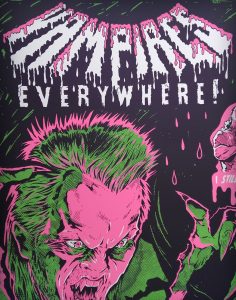