Growing up, Tura Satana was not only an inspiration but the epitome of baddass for me. Having a visual representation of someone not afraid to break the norm was a big deal. Tura was that for me. Being a girl interested in a culture and working within a genre that can often feel like a “boys club” can be discouraging at times and as a kid could’ve been detrimental had I not had powerful women inspiring me along the way.

When the opportunity to release an Officially Licensed piece through HagCult I was beyond thrilled. It’s always an honor to have the opportunity to work with someone you greatly admire (in this case with the CEO of Tura Satana Productions).

Working with Tura Satana Productions has been a real pleasure. I would be lying if I didn’t say how excited and surprised I was when they sent me one of Tura’s signed promotional photos.

Pre-Orders for my Officially Licensed Tee end tomorrow and are only available through HAGCULT!

These are Limited so make sure you grab one before your size runs out! 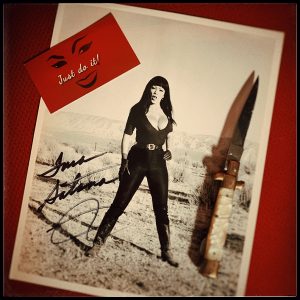 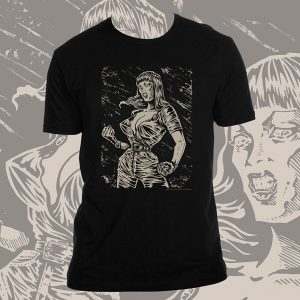